5 Tips to Keep Your Wedding Guests On Their Feet

Just Great events takes you into the Roaring 20's 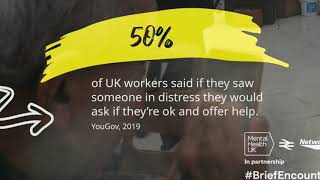 The end of a decade with just Great events

Jive at 5 - swinging and swinging

5 years on the bounce and more to come

Well here we are at the end of our 5th year of entertainment via our overall site 'Just Great Events' providing great bands based in the Midlands, but covering London and the rest of the UK.

This all started literally 5 years ago and I recall the very first day of rehearsal where I went armed with a bunch of arrangements Id purchased from Peter Tappin (now sadly deceased bless him) and given that we are a 10 piece band, it has been Roy and me who have been there since day 1.

The first band line up was Kal's Kats which was modelled on the Neo swing band form the U.S called Big Bad Voodoo Daddy as well as Squirrel nut zippers, Jive Aces and Brian Setzer where we were aiming to play 50's jive and swing music, but found the repertoire expanding across a number of decades and even back to the 20's, our first gig was booked in the diary by the lovely Linda Cudworth who has stood by us continually and both her and husband John remain lovely friends of the band.

Our first gig was at the Silver Prize band club in Long Eaton where we sold out at 166 tickets and brought a whole new vibe to area with fabulous feedback which really lit the fire under our seats to drive us on further.

We quickly found ourselves presenting as the 40's /50's style music for Lindy, swing, Balboa, shag, shim sham etc as well as in 20's Gatsby style

The Kalamazoo Dance Band was formed through 2016 seeing us with a whole new set of stands and American Forces uniforms to recreate the magic of the Glenn Miller and swing era.  Numerous gigs were booked in at many of the main UK 40's events and quickly established the band as a premier 40's Glenn Miller band across the UK.

So now, we were able to offer a swing dance in the afternoon followed by a Glenn Miller big band dance in the evening. In the background however, plans were developing for our new 30's style strict tempo white tie and tailcoats band The Regency Dance Orchestra

The Regency Dance Orchestra is perfectly placed and excellently presented in traditional 30's style BBC white tie and black tailcoats together with the music of the 20's, 30's and early 40's and saw us attend a really lovely event led by Mark Cotgrove at Riviera Swing.

A new style and cult was gripping the UK by storm and that being Peaky Blinders and we were quickly taking bookings and changed our green Kats stands to Red fiery colour in line with the sinister colours of the show with sparks and molten metal in the steel works.

We have been extremely fortunate to have the excellent composing skills of Colin who has produced some fabulous band arrangements for us including a great cover of the Nick Cave Red Right Hand which has since been viewed at over 150k times on facebook.

We've now seen every year pretty much sold out with events and some particular highlights have been the band involvement in the Sir Daniel Day Lewis and Annapurna film Phantom Thread which saw three intense days at the Blackpool ballroom where we were booked to be the vintage swing band that plays at the Chelsea Arts Festival of the 50's. We have also played at the Peaky Blinders film set which is a fantastic privilege for us and have seen ourselves booked year on year together with our 40's Glenn Miller band The Kalamazoo Dance Band.

We have also written and produced a World Cup football anthem which we called. - England's Glory for the BBC and in particular taken up by BBC radio Derby, and also saw ourselves play live on TV for BBC and ITV.

There have been a few changes in the band line up since the first year and I'm delighted that our current line up of Roy, Paddy, Lesley, James, Brian, Jordan, Willy/Ben and Mark as well as vocalists Laura and Julie/Louise have provided a really solid platform for us to take up new events.

The following year 2018 saw us develop our 4th Band line up taking us in a whole new direction into Soul and Motown which stood a few players down from this line up but brought forward Julie and Louise and Bezz into the new line up with yet another set of stands and new glitzy jackets.

This will take a bit of work to get a diary full of events, particular since Kal's Kats and The Kalamazoo Dance Band as well as The Regency dance Orchestra are rapidly filling every weekend of the year.

As we come up through the latter part of 2019, we see our 5th band line up beginning to take shape in the form of Hot Chicago Syndicate as our rat pack style big band. This presents in traditional black tie DJ and will feature all the classics crooner style numbers of Frank Sinatra, Ella Fitzgerald etc. This band line up is new and the stands are being considered at the moment probably with a Chicago style skyline and the HCS logo embeded.

Then lastly, Laura and I have had some discussions and thought we need to get the Vintage Vie duo up and running where we present in vintage clothes or uniforms and play a raft of 'filler' type events.

All of these presentation styles (7 Genres via 5 band line ups) needs a lot of managing and I'm so grateful to Sylvia who does a lot of the background activity in terms of programme setting and preparation, sanity checking (which is a godsend :-) and also fabulous on the video recording that allows me to constantly publish and push videos of our events and even making promo videos that support our events.

We are registered with various marketing companies or entertainment providers and that does help awareness and getting gigs, but the main drive is direct involvement of mailing and calling events and organisations.

We have received a staggering number of testimonials and it always saddens me when we don't get booked for an event for whatever reason because I just know without doubt that we would provide such a fab night for fun for the client including dance tuition and fun numbers to get everyone stuck in and having fun.

So now we head into the 2020 roaring 20's and look forward to what this year will bring for the bands - 60% is already booked now and more events coming through, so let's see how it goes.

In just two days from now, we hold our annual anniversary dance at Kirk Hallam Social Club which is sold out at 160 for the 5th year on the trot and boy what fun it will be once again.

So, If we can assist you with your event for 20's 30's 40's 50's and 60's soul, then please don't hesitate to drop us a line - we'd be happy to discuss your requirements and can guarantee you a fantastic event. www.justgreatevents.com

We all hope you've had a great Christmas and wish you every happiness for the New Year in 2020.